The waves of the sea, the little ripples on the shore, the sweeping curve of the sandy bay between the headlands, the outline of the hills, the shape of the clouds, all these are so many riddles of form, so many problems of morphology, and all of them the physicist can more or less easily read and adequately solve.
– D’Arcy Thompson 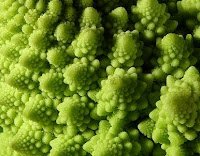 When we look at the natural world, everywhere there are patterns. The universe has mathematical templates by which form arises, and patterns reveal a beautiful order to the world.

Pattern is fascinating in its own right, but enough with the prose. What can a deeper understanding of patterns do for the designer?

Simply put, the designer needn’t reinvent the wheel. The laws of physics do a fine job of putting materials together efficiently in shapes and arrays that are strong and stable. Understanding patterns adds to the designers palette.

Repeating forms, or not.

When you think of patterns, the first thing that might pop into your head is a repeating design, a Scottish tartan, for example, or horrible 1970s wallpaper. When we talk about natural patterns, the term gets broader. A honeycomb is a repeating pattern of stacked hexagonal chambers. But consider the windswept pattern of ripples in the sand at the beach. There is no repetition in the structure, but it is clearly recognizable as a patterned form. The shape and size of mountains varies much greater than the dimensions from ripple to ripple in the sand, but they, too, are a recognizable pattern.

It is a common error to think that there is a tremendous amount of symmetry in a snowflake as
compared to a raindrop. Imagine a raindrop undistorted by air friction. It takes the shape of a perfect sphere (this shape arises out of the surface tension of water, but we will look at that in a later article). Choose a position by which to cleave the sphere into two equal halves. Imagine another position by which to do this. Now another. Don’t keep this up. There are infinite positions one could take because a sphere is infinitely symmetrical.

If you carry out the same exercise for a snowflake, you will soon run out of planes through which there is symmetry. The individual branches of the snowflakes do have a great of symmetry, if you isolate them. This, however, is still a far cry from the infinite symmetry of the spherical rain drop.

How did order get there?

If we use a simple model of a sphere of gas in a contained vessel, it would have perfect symmetry. Contrast this with our atmosphere. Gravity breaks the greater symmetry, but now creates an order from more dense closer to the Earth to less dense further out in space. 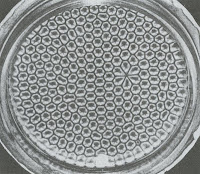 If you heat a pan of oil, you will notice a pattern that is more or less hexagonal arising in the oil as it heats (Rayleigh–Bénard convection creating Bénard cells). Force is being applied to the oil, setting up patterned circulation within the oil. This pattern ceases when the oil uniformly reaches its new state of higher energy (i.e. it is uniformly hot).

What these examples show is that when stress is placed on a system, order arises as a result of the system adapting to that stress. Why particular patterns arise has to do with the frugality of the physical laws of nature. The forms that arise are a reflection of the minimum energy that system can arrange itself in. We shall see a clear example of this in the upcoming article on surface tension.

That we are looking at the most stable state when we are looking at natural patterns is why they are so important in design. Our aim should be to maximize strength and stability while minimizing resources used. There is a way to do that, and it is reflected in the patterns of nature.