The recent devastating earthquakes in China point to the need for a simple and inexpensive means of dealing with earthquakes. In my region of Canada, earthquakes are few and far between. Yet when I lived in Tokyo, the threat of serious earthquakes was always lingering in the back of my mind – especially after the Kobe earthquake of 1995.

Japan has developed different systems for dealing with earthquakes: shock absorber-like rubber pads to allow the ground to shift under the building, or a ball in an over-sized socket that can slide when an earthquake hits. These systems work fine for those who can afford the significant extra expense they incur for the homeowner. But what of those who cannot afford this high-tech approach? Fortunately, there is a proven, centuries-old technique for building earthquake-resistant structures.

In the Himalayans along the Chinese border, there are stone towers up to 60 metres tall that have been standing for nearly 1000 years.It is amazing for any stone structure, particularly ones so tall, to survive so long – but these ones have done it in a region plagued with earthquakes! The key seems to be a heuristic approach as all of the early models of the towers collapsed in temblors. After repeated tries, success was found by adding triangular ridges running up the middle of each wall. These ridges were able to lend extra support to the walls in the event of an earthquake.

A regular wall like the one pictured is stable when the earth shakes in the direction of the length of the wall. When the earth moves more perpendicular to the wall, however, it is prone to collapse. 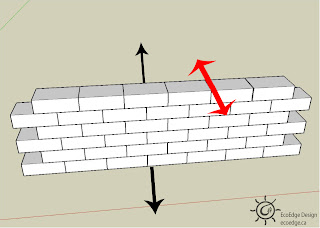 When the wall includes a ridge as pictured below, it becomes more stable when the earth shakes perpendicular to the wall. The ridge feature acts like a tripod leg to give extra strength. 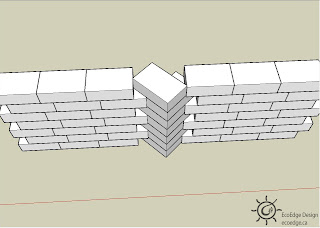 Seen from the foundation up, the centre of each wall has a ridge running up its length. 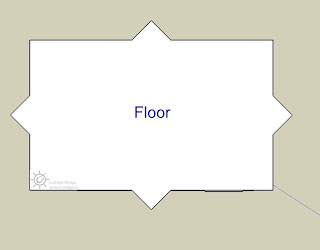 With minor adjustments, this feature can be built into the design of a standard home, providing a more earthquake resistance than a regular building would. 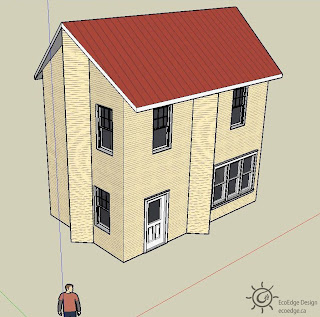 Having allowed huge stone structures to remain standing for a millennium, this method has proven itself to be very effective. By incorporating this feature into new structures, designers can add an excellent level of protection and peace of mind to the inhabitants.