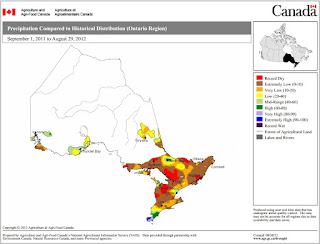 What a summer! Hot and dry, followed by hot and dry periods, interspersed with the promise of thunderstorms that bring furious, desiccating winds, and nothing else.

For a few reasons, there has been little activity on this site until this month. A large part of the reason for this is that I have been building a passive solar home by myself (big hat tip to my wife who helped hoist heavy things and who passed me tools at many critical moments).

Last summer we had a trench dug to hook us up with electrical power. While the backhoe was here, I got my earthmover to get a chinampa started. At that time, the water table was much higher, and when we dug deep enough, it was like a water main was burst. Water gushed into the chinampa.

But then we had a relatively dry winter with next to no spring run off. This turned into a rather dry May, which became a dry June, which became a parched July, followed by an arid August. Just a couple minutes walk from my door there are poplar trees in the ditch (those wet channels that run alongside roads) that are dead and dying from lack of water.

I had planned an earthworks seminar at our farm for July, but an inability to track down the equipment needed in time (namely a subsoiler) led me to cancel it for this year (sorry to all the folks who inquired). This is very unfortunate because we really could have used all the help we could get this summer.

The water level in the chinampa grew lower and lower until all the water in one dried up, taking all the fish with it. Another one was down to a little wallow with a few surviving minnows and tadpoles. I dug a water hole in that one and gave the minnows and tadpoles a second chance, but without rain soon, that little hole will dry up, too.

Clearly, I will have to start putting into action some of the techniques I used in the more arid India. I am shocked at how bad things have gotten in one year. Mature trees are turning colours (some as early as July) because of the lack of rain, while temperatures remain about 3 to 5C higher than normal. If there has been one upside, it is that the lack of water has meant a lack of mosquitoes. But there is a lack of more other things, too. Dragon flies and damsel flies are missing in action, as are most of the other insects you would expect to see.

Happily, our garden has done rather well. Our beds are either hugelkultur beds, or heavily mulched beds, so when we water them, they stay moist for a long time. But the pasture looks rather disastrous. Lots of farmers in the area have had to cull herds due to a lack of hay, and the large round bales are selling as much as $45 higher than normal.

Doom and gloom. But what about answers?

Answers there are! There are subsoilers around, or so goes the rumour. Hitting our pasture with an intelligently applied subsoiler will allow more infiltration. It will also capture more of the snow melt that otherwise runs off the land. We can place swales across the pastures to allow more water to sink in, too. Planting up some pioneering trees will help with soil building, which will help with water retention, as well.

It seems the devastating droughts that climate modellers have been warning might have slipped over from future possibility to present reality. It’s time to start getting greedy with the water that hits this site.