This May, I visited the town of Talupula in the drought-stricken Anantapur District in Andhra Pradesh, India at the invitation of the Green Tree Foundation. Although I had seen photographs and general climate data for the region, I was struck but how dry Andhra Pradesh is. The province generally receives 350 to 700 mm of rainfall a year, and though I would like to report more specific rainfall for the District where the project was carried out, repeated requests to the government meteorological office by the Green Tree Foundation over the years have gone ignored.

When I first arrived, I met an engineer from Talupula who is living and working in Hyderabad. I went over what I was planning to do in terms of earthworks, which included swales and possibly a dam. When I mentioned that swales can be built with the aid of a bulldozer with a tilting blade or a grater with a tilting blade, he said that the soils were very hard and would require an excavator. 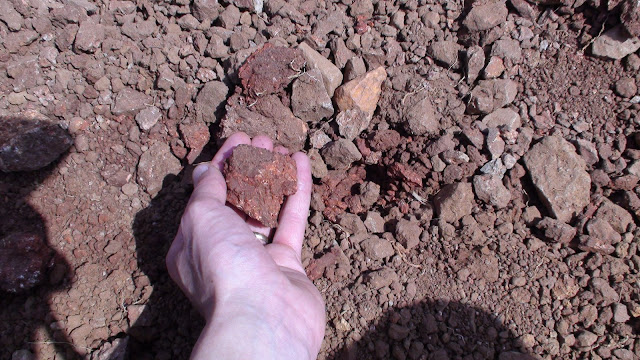 Upon arriving in Talupula, I found the lateritic soils to be slightly more yielding than asphalt. The soils are ferralsols, which are an iron-rich lateritic soil that becomes hard after the land is stripped then subjected to repeated wetting and drying – just the conditions that occur in the dry tropics. When wet, they are very workable and may even bog down machinery working on it. When dry, they are are hard as pavement. In these soils, calcium, magnesium, potassium and sodium are weathered out, and there is next to no humus content in the soil. As a result, the cation exchange capacity is low, meaning that plant health suffers. While these soils do tend to lose potassium easily (another argument against the common practice there of burning pasture land as a management strategy), they do hold onto phosphorus well. They also respond well to amendments of lime and gypsum, though this was beyond the scope of our project.

The Indian government is in the process of building a large irrigation channel to divert the flow of the nearest major river to the drier regions of the south. While I am personally skeptical of the ecological viability of this project, visiting the excavation site for the channel did give me the opportunity to examine the typical soil strata of the area. Lateritic soils are deep – sometimes running down to 20 metres in depth. I could see from the channel excavation that the gravelly soil continued down at least 8 metres to the bottom of the channel. All that gravel meant that I would not be designing and constructing an earthen dam as the gravelly conditions require considerable engineering for dam construction. The focus then became on swales and possibly gabions. 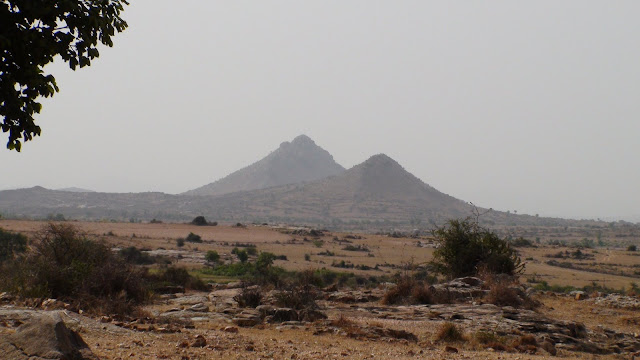 Before I left Canada, a site in Talupula on public land on a small mountain outside of town was suggested. It is said that the deity Obula Swami lives at the summit of that hill. Our potential site there was the highest practical site to work on. On firsthand inspection, however, I found that the access to the site was difficult and there was very limited space to work in. There also were a number of rock walls already build on the site to combat erosion. And as it was public land, would it be subject to neglect, or destruction? A further problem was that shepherds regularly burn the land there, so establishing trees would be difficult at best.

We looked at a second site at the foot of the same mountain on private land. There was a good catchment and plenty of room to work on. After contacting the farmer, though, the restrictions he set made working there not worthwhile. 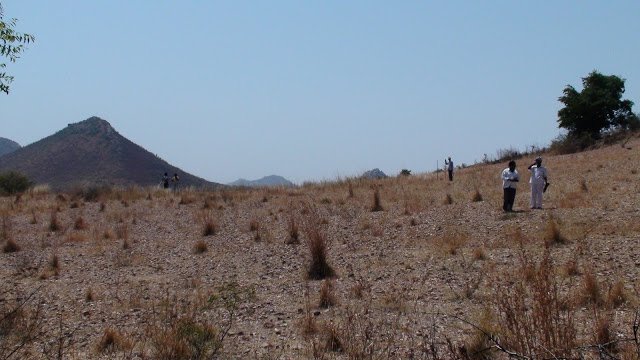 For a few days, we were stuck without a site to work on. Then we got the approval of an organic farmer outside of town to do whatever we liked on a 7-acre hillside patch of his land. The farmer, Gangahadr, had already greatly benefited from the agroforestry advice of the Green Tree Foundation and was eager to see what we could do. The land was not too steep, and the nick point on the land (the point at which the hillside goes from convex to concave) was high enough that we could get up near the top of the hill and put in a series of swales. Being private, the land would be well cared for and access to it controlled. Gangahadr had a growing reputation in the area for excellent results, and the site was visible from the national highway, giving the project more exposure. As an added bonus, the site was adjacent to and would thus compliment a rock check dam built in 2005 by the Rural Development Trust. The effect of that dam has been to change the land downstream from desert-like conditions to a rich oasis. This was the site. I met with the Ganghadr and got his permission to build swales on his land.

In Part III, we will look at site planning, implementation, and the results so far.